Author, Speaker and Resource for GenXpats 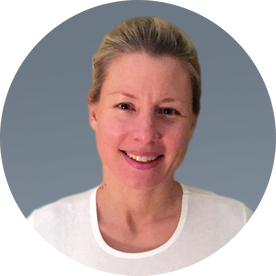 Margaret Malewski grew up in Montreal speaking English, French and Polish and interacting with many cultures. On leaving Canada in 1992, she began a decade of expatriation that led her to study and work in countries as varied as Poland , Switzerland and Israel.

Though she earned her M.Eng. in Architecture at the Warsaw University of Technology, Margaret was always drawn to international experiences: she completed summer internships in England , France and the U.S.A, and was involved in pan-European student associations BEST and EASA.

Upon graduation, she joined Procter & Gamble's Near East division, based in Geneva , Switzerland. For almost four years she worked in brand management and marketing, conducting consumer research, setting strategy and creating advertising for the Always, Pantene and Head & Shoulders brands in Lebanon , Syria , Jordan and Israel . During this time, she witnessed hundreds of her colleagues and friends start international careers, trying to juggle their personal lives with their career ambitions that were taking them to all points on the globe.

Since her return to Canada in 2002, Margaret has been focusing on the issues confronting the new generation of young, internationally mobile professionals. She is the author of “GenXpat: The Young Professional's Guide To Making a Successful Life Abroad”, published by Intercultural Press (now owned by Hachette). She also delivers seminars and coaching sessions on expatriate living and international careers to student audiences. Margaret has completed the UBC Certificate in Intercultural Studies. She served as the Program Coordinator of SIETAR BC (Society for Intercultural Education, Training and Research) in 2005.

In 2007, Margaret completed an international MBA program at INSEAD, both at the Fontainebleau (France) and Singapore campuses.

Following her MBA she co-founded and ran her own international business, Liquivision Products, Inc. a manufacturer of SCUBA diving computers distributed across the world.
After selling Liquvision in 2014, Margaret began a new expatriate chapter by moving to St-Louis, Missouri, where she currently lives with her husband, cat and dog.